Biofilms – Part 2 - How to tackle Biofilm 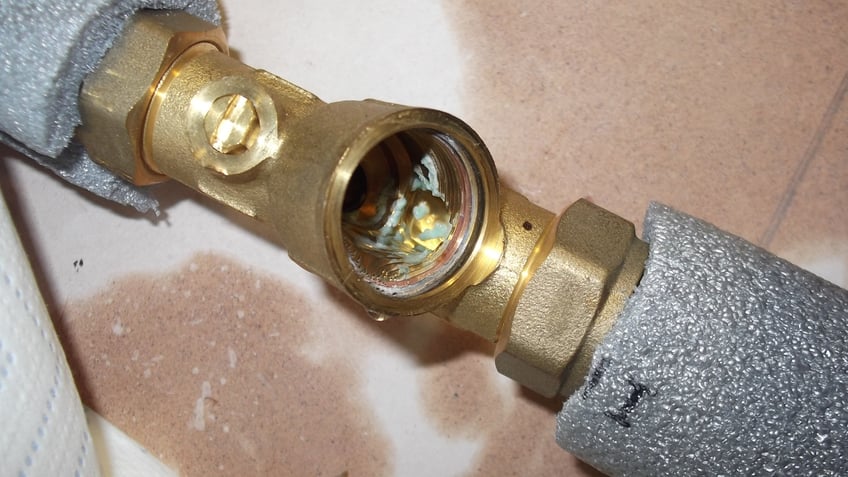 In last week’s part 1 we looked in to ‘What is a Biofilm’, this week the final part discusses how to tackle Biofilm.

Benefits of Living in Biofilm

To date much of the focus in monitoring & controlling Legionella bacteria has been on the free-floating planktonic phase. In fact studies have shown that in most natural environments the preferred lifestyle for micro-organisms is “hanging out” in biofilm. Organisms living in biofilm are physiologically different to their free-floating relatives, expressing alternative characteristics whilst sharing the same genes.

Biofilms typically form in low nutrient environments incapable of supporting planktonic bacteria. The EPS enables the concentration of nutrients such as ions and dissolved organic carbon compounds to levels that support growth.

Another advantage to organisms living within biofilm are the steep environmental gradients that exist within it, including growth factors such as oxygen concentration and pH. Locations close to the edge of the biofilm are richer in nutrients sourced from the surrounding environment, such as oxygen. Deeper in the biofilm the metabolic waste products become more abundant. These gradients give rise to a wide range of environmental niches which in turn can lead to an increase in diversity, both within a single species and the range of species present.

Bacteria with biofilms also exchange genetic material via a process called lateral gene transfer (LGT). LGT is the process of bacteria sharing genetic material with bacteria other than their direct descendants. There are three known mechanisms by which LGT can occur: transformation, conjugation and transduction. Bacteria are known to share traits such as antibiotic resistance, heavy metal resistance and virulence. Clearly the benefits of sharing these traits are huge but each method of exchange has limiting factors. Suffice to say that these limits are hugely reduced by bacteria living closely together in the protective environment of a biofilm.

Studies have found that bacteria living in biofilms can communicate with one another resulting in regulated and co-ordinated responses to their situation. For example, when the number of bacteria reach sufficiently high levels this can cause changes in genetic expression leading to physiologically distinct sub-populations. One study showed differentiation within a population of marine bacteria in which one group remained in the nutrient-producing phase and ‘fed’ a second group which entered the reproductive phase and began producing new free-floating cells.

By far the most commonly known advantage for bacteria living in biofilm is the resistance to adverse conditions (e.g. temperature, pH and desiccation) and antimicrobial agents, such as water treatment chemicals and antibiotics. There are four main reasons for this:

It is these characteristics that make dealing with established biofilm in building water systems extremely difficult. Repeated incomplete disinfection merely resets biofilms allowing them to rebuild and become increasingly resistant to control measures.

The range of niches afforded by the formation of biofilm has led to the evolution of some interesting ecological niches, including predator and parasite. Single-celled organisms such as amoebae and ciliates move across the surface of biofilms ‘grazing’ on the bacteria nearest the surface. The pathogenic Legionella pneumophila and other Legionella bacteria have the capability to parasitize these organisms and multiply within them.

Furthermore Legionella bacteria may be present inside amoebae in the cyst phase, which is highly resistant to chlorination and other water treatment techniques.

New buildings and other unoccupied premises are particularly vulnerable to biofilm formation. This is understood to be a result of the infrequent or intermittent flow of water through the conveyance systems.

Other concerns include the inadequate application of control measures. Where controls are not administered correctly as this will select for more resistant strains of microorganisms.

The removal or clean-up of mature biofilms can prove to be problematic due to resistance to biocide & heat treatment. Even after treatment pockets may remain in sections of the system; such as dead-legs, unidentified dead-ends or poorly designed components or installations, necessitating more of an ongoing management approach. Such an approach would typically comprise continued bacteriological monitoring and the implementation of established reactive procedures in the event of unsatisfactory results.

It should be noted that attempts at super-chlorination alone are unlikely to be effective at biofilm removal. This method of control should be seen as a short-term measure and a means of buying time to carry out further investigations into the root cause of the problem. An investigation may reveal a combination of design & operation issues that could be contributing to the problem and plans should be made to rectify these faults, including the elimination or substitution of suspect equipment, pipework and components. In addition to these system improvements, it may be necessary to consider continuous dosing of the water system with a supplementary biocide. Even with the assistance of biocides removal may not be straightforward requiring over-dosing of chemicals and additional control to ensure that drinking water quality is not compromised.

It is therefore preferable to prevent the formation of biofilms in the first instance. How can this be achieved?

Right first time design principles to ensure that only lower risk designs are adopted and that precautions are in place throughout the build, commissioning and after handover prior to occupation.

Risk assessment & regular reviews to identify vulnerabilities and take appropriate action. Ensure that control measures are carried out correctly (frequency, temperature / dosage, duration etc.). Among other things risk assessments may identify dead-ends / dead-legs to be removed, over-sized storage vessels or pipework systems to be removed or reduced in size.

Audits can help establish whether control measures are being correctly implemented and assist with the prioritisation of workload to ensure the most effective use of resources.

Editors Note: The information provided in this blog is correct at date of original publication - November 2017.

Since starting work in the field of water hygiene in 1996, Phil has provided competent help services to multiple private and public sector and public services clients at all organisational levels. Phil has been an appointed AE [water] for the Water Hygiene Centre since 2016 and currently acts as AE for over 10 organisations.

For several years as an organisation, we have worked with Property Management Companies on various projects and our team members have carried out various tasks to support these companies, both...
END_OF_DOCUMENT_TOKEN_TO_BE_REPLACED

As 2021 finally draws to a close and the festive season is now upon us, we would like to share with you some Christmas cheer with some hand drawn cards by our Project Consultants daughter Molly,...
END_OF_DOCUMENT_TOKEN_TO_BE_REPLACED